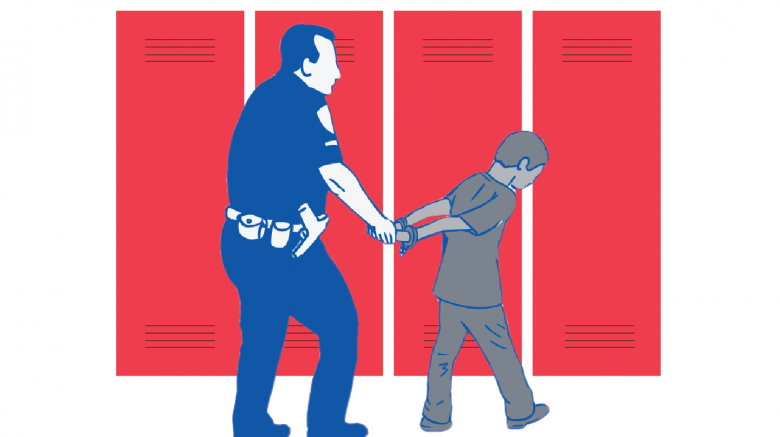 In the South San Francisco Unified School District, Student Liaison Officers (SLOs) patrol K-12 schools  upwards of 200 hours each academic year. They are paid 5% more than the base pay per hour of regular police officers, and their salaries are fully funded by the city budget. Their roles include acting as traffic controllers before and after school hours, responding to requests to intervene by school administrations, and searching students’ belongings without parental consent. In addition, our public schools already employ their own security staff, making the presence of SLOs unnecessary.

CHANGE SSF is advocating for the removal of the two SLOs from SSFUSD school campuses because their presence is both physically and emotionally disruptive to a safe learning environment. A study by the New York Civil Liberties union found student experience with police in schools as disrespectful and abusive, with young women describing experiences of gendered harassment. And a survey of nearly 2,000 students on their feeling of safety in relationship to the presence of police in schools found that Black students experienced decreased feelings of safety with the presence of police in their schools. In SSFUSD, current and past students have shared similar sentiments through public comment in the recent July 16th school board meeting.

Like all police officers, Student Liaison Officers do not provide the assistance that so many children require when growing up. Students’ behavioral issues stem from systemic problems out of their control, and police officers on campus only serve as tools to punish them when their trauma causes them to “act up.” Rather than addressing the root of the problem so that students can thrive, their only recourse is legal consequences. This has serious implications for children and only sets them up for a future of continued legal trouble and disenfranchisement.

Many students in our district suffer from problems that impact overall well-being, from nutrition and mental health to financial difficulties at home, and they need resources provided by both the school district and city to remedy these issues. Proponents of keeping SLOs on campus claim that they serve as “informal mentors and counselors” to students, a sentiment that was not echoed by a single public comment from students. Unlike licensed therapists, counselors, and social workers, police are under no obligation to maintain confidentiality if a student divulges a personal problem to them. Instead, they have every motivation to use it as incriminating evidence against that student. Our students deserve adults on campus that are trained to deal with complex problems constructively, rather than with force. By keeping police in schools rather than trained support staff, the district is demonstrating both financial mismanagement and a disregard for students’ feelings of safety in a place of learning.

Because SSFUSD does not pay for SLOs’ salaries, there is the misconception that SLOs are a free service. The South San Francisco Police Department, which employs SLOs, is funded by taxpayers, just as the SSFUSD is. As constituents of both the city council and the school board, we have the right to demand that our tax dollars fund life-affirming resources, rather than the continuation of the school-to prison pipeline. Our elected officials have the responsibility to listen to the lived experiences of our Black and Brown community members and make a decision that affirms their right to a welcoming and safe school environment.

Why does Vice Mayor Buenaflor Nicolas refuse to pr

Let’s take a look into the deep personal investm

Just in time for Halloween, we have a spooky tale