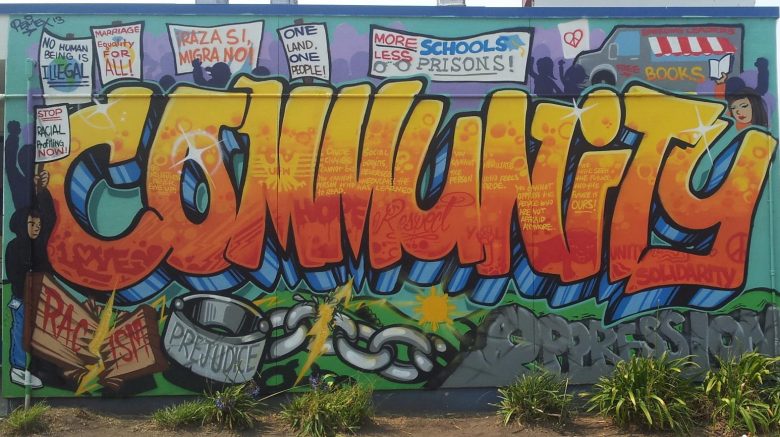 Part 1: Why the “Mayor’s Task Force on Racial and Social Equity” was Started

Following the extrajudicial execution of George Floyd, we witnessed a huge uprising across the country as people came together to demand not only justice for George Floyd and all other Black victims of police brutality, but also as a complete overhaul of how our society conducts public safety. Although his murderers were employed by a police department over 2,000 miles away, we know that racist policing and police brutality are also present right here in South San Francisco.

CHANGE SSF came together during this time, with the shared goal of pressuring our city elected officials to defund the police. We were inspired by the activism from the Black Lives Matter movement, which gave us an insight into how we can materially change a society that has been built on centuries of the oppression of Black, Indigenous, and other People of Color. By shifting away money from a historically racist and violent institution such as policing, we would then be free to re-allocate that same funding to social programs that actually work to keep our community safe.

We also know that police violence is only one part of the violence that marginalized communities in our city face. As a city that is predominantly working-class people of color, we are also facing a severe lack of social services, as well as the economic violence of gentrification and displacement. In this process, over-policing is one of their most useful tools of oppression to antagonize, traumatize, and alienate the BIPOC youth of South San Francisco.

We recognize that over-policing, the housing crisis, our under-funded schools, and our lack of social programming are all inter-related. We cannot continue to settle for incremental adjustments while so many are experiencing acute trauma at the hands of a racist and oppressive structure. All of these issues have gone ignored for far too long.

After CHANGE SSF brought forth these topics to the city council, they proposed the formation of a “task force”, or commission, which would serve as a forum to continue to have discussions on how our elected officials can push forward policy changes. Our goal was for us to use this commission to address the lack of racial and class equity in terms of access to material resources, such as affordable housing, childcare, culturally relevant curriculum in our schools, and job training.

Part 2: Why it isn’t working

Our number one priority in organizing has been finding ways to address and correct the root of the issues that have contributed to worse living conditions for BIPOC and working-class people in our city. We are not looking for small, symbolic concessions that will make city leaders feel as though they have addressed racism & class inequality. The city has effectively given us a “symbolic reassurance” by setting up this commission and giving themselves all the power in how it will play out.

We had initially entered this commission with an open mind and optimism that this commission would be an effective vehicle for change. However, after several consecutive meetings of blatant disrespect and complications, we realize that no real systemic change can occur within this body.

To begin, members of CHANGE SSF were not included in the decision making process as the commission was formed. We made it very clear that this needed to be a forum that included members of the community that had historically been excluded from these discussions. Instead, Mayor Garbarino took control of the formation of the commission in a thinly-veiled political maneuver during an election year, and attempted to make it seem as though the idea had been the city’s all along. And although our group was the one to bring these issues to the forefront, we were only given one seat on the commission.

What the commission has become is effectively a smaller-scale replication of the current power dynamics of the city at large. We were given no transparency to the selection process of the commissioners or any say on the format of how the meetings would go. Despite us asking for no police presence, the city gave the Chief of Police Jeff Azzopardi a seat on the commission, while not extending an invite to more relevant city departments, such as the Parks and Rec or Library Department.

And although Councilmember Mark Nagales was the only city official who demonstrated a genuine interest in furthering talks on racial justice, the Chair of the commission was given to Councilmember Buenaflor Nicolas instead. During her time on the commission, it has become increasingly evident that she lacks a basic understanding of racism and class oppression from a historical, policy focused, and sociological perspective. Rather than calling in voices of marginalized communities, she instead continues to center herself and her “model minority” meritocracy story, displaying a problematic belief in the flawed “bootstraps” mentality as well as an unwavering adherence to respectability politics. For change to occur, we cannot waste time trying to educate someone who is supposed to be leading us on the nature of systemic racism and oppression. Instead, as previously stated, every member of this commission, especially its chair, must already be knowledgeable about the extent of these issues and come prepared to push for policies and legislation that will seek to correct injustices.

As the meetings have made clear, the commission’s effectiveness has been hindered by members that are primarily committed to defending their positions in unjust and racist systems. Our Chief of Police has contributed nothing of value to this commission, instead using his seat to lash out at anyone who dares to question the police department’s documented history of abuse of power. It is impossible to attempt to address systemic oppression if the people that are tasked with this solution do not even believe that there is a problem to begin with.

At this point in history, we have not only an opportunity, but a responsibility to push for racial and class justice now. Instead of rising to the occasion, our city officials have instead used this commission to stall, complicate, and water down any real process from happening. Unfortunately, The “Mayor’s Task Force on Race & Equity” is no more than a safe space for establishment figures to nurture their fragile egos and better their public image.

Their actions lead us to the only conclusion possible: this task force is not genuinely committed to listening, let alone defending, the critical insights from marginalized communities, insofar as the facilities and city council failed to address the hostility one commissioner faced at the hands of the Police Chief, and failed to make it possible for a working-class, first generation student of color to meet their obligations as a student - at a commission meeting about educational equity.

Because the city has demonstrated that they are not up to the task of leading any effort to address racial and class justice, we believe that CHANGE SSF should be the group that is spearheading this effort. If our city council has any desire for real change, they should demonstrate that by showing good faith and allowing the youth to lead us to the future. In order to pursue real justice, we cannot continue to use the same methods that have brought us to this stage in the first place. Instead, we must create an organization that completely subverts the existing power structure and empowers members of our community that have been oppressed in the past.

Part 3: What we are proposing instead

By granting us these demands, South San Francisco’s city leaders will be demonstrating a genuine interest and commitment to advancing racial and class justice in our city. There is no shortage of academic publications, studies, journals, and recommendations from previous task forces across the country that will provide sufficient data on every single topic that we have already explored. It is not the responsibility of the marginalized to educate those in positions of power on our humanity. Rather, it is the responsibility of people in positions of power to allow those who are most affected by oppression to lead the way to justice. We want to see real action from our elected officials - starting with this list of demands and continuing indefinitely until an equitable city becomes our new lived reality.

URGENT: we need all hands on deck this Monday to s

[CW: Descriptions of police brutality] In the past