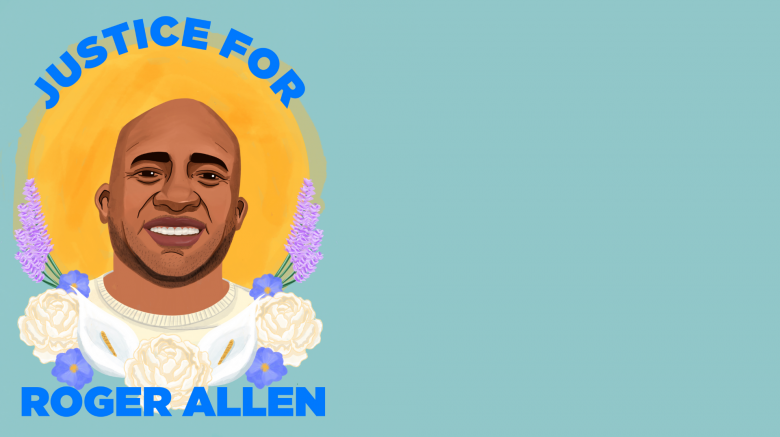 On April 20th 2021 we felt a moment of relief after the conviction of Derick Chauvin, a police officer who murdered a Black man named George Floyd. Much of the world watched the heinous video that captured the murder of George Floyd, which galvanized many of us to seek justice against police violence in our own communites. This was only the 5th time an officer has been convicted of murder in United States history. This rare showing of accountability signaled the start of a severely overdue shift towards a more just system of public safety. Now, in our own backyard, we see the City of Daly City and San Mateo County leadership moving backwards and denying justice in the killing of Roger Allen, a Black father who was killed at the hands of Daly City Police officers Michael Brennan, Cameron Newton, Nicolas McCarthy, & Rosa Brenes.

We all remember the public outcry that followed the murder of George Floyd last May. We heard the stories of Breonna Taylor, Philando Castille, Daunte Wright, and too many others to name, who have also fallen victim to police violence. We saw the collective rage, mourning, sadness, and compassion that followed. We saw marches and protests not only in Minneapolis, but also in almost every single city in San Mateo County, throughout the United States, and the rest of the world. No matter where you live in the world, it is clear that police brutality is an injustice that needed to be addressed.

As we look inwards as a community, we must remember the lives of Derrick Gaines, Chinedu Okobi, Errol Chang, Yanira Serrano Garcia, Kyle Hart, Sandra Lee Harmon, and now Roger Allen that have been taken away from us by police violence. In San Mateo County, where we pride ourselves in diversity and tolerance, we must confront the reality that our county is also marred by police violence and police impunity.

Over the past 10 years in San Mateo County, under the leadership of District Attorney Steven Wagstaffe, there has been no justice for those murdered by law enforcement. In fact, DA Wagstaffe has refused to file charges for any of the 56 officers involved in the 20 different murders of civilians by San Mateo County law enforcement in his tenure as DA. This is the opposite of justice, this is a violation of public trust and an indication of a public safety system that is left to kill people without accountability. Ultimately this miscarriage of justice falls on all elected leaders of San Mateo County, those that remain quiet about injustice in San Mateo County are responsible for its perpetuation.

“If Derick Chauvin had been a police officer in San Mateo County, he wouldn’t have been charged.” – Public Comment, Daly City Council Meeting 4/26/2021

On April 7th, 2021, the Daly City Police Department shot and killed Roger Allen, a Black father, in a parked car. Another Black man killed by police in the United States, and the 20th civilian murdered by police in San Mateo County since 2010. This violent act by Daly City Police is not a local issue, this is a uniquely American tragedy that will continue to occur unless we hold the police and the elected officials in charge responsible.

We demand justice for Roger Allen & his family.

It is our elected officials responsibility to ensure that those in power are held accountable. It is with deep concern that the politicians of San Mateo County have remained silent on this heinous act of violence that has occurred here in our own community. As members of the public, we cannot allow them to remain silent and ignore this injustice that has occurred.

The local cases of Derrick Gaines, Chinedu Okobi, Errol Chang, Yanira Serrano Garcia, Kyle Hart, and Sandra Lee Harmon show that this is a regional and county issue. The actions taken in Daly City will have an impact on how the rest of the county addresses their respective systems of public safety and routes of accountability. The family of Roger Allen and the communities of Daly City and San Mateo County deserve nothing less.

How many more San Mateo County residents must die at the hands of an out-of-control public safety system before our elected leaders take action?

Repost from @curyj510 • On this day in history:

Our youth from South City are holding a protest th

Repost from @ssfhs4change • Join us for an art w

This Tuesday at 1PM, the city and the school distr